The Cumulative Injury Cycle  : Or why rest and repeat is a dumb idea:

The Cumulative Injury Cycle: or why rest and repeat is a dumb idea.

So I was at a dinner function recently when my friend asked me for some advice on his ailing forearm. He says that he was diagnosed with radial tunnel syndrome, and that he was having sharp pain while gripping and doing any type of elbow flexion and wrist extension exercises. This was interfering with his hobby of body building, so he went for physical therapy 3 times a week for 6 weeks with only a 10% improvement on pain scale and grip strength, it still hurt to do a set of biceps curls at his usual weight. He and the PT decided that he should take a month off from the gym to let his arm heal up, and he then asked me if I agreed. Here is why I don’t.

From what I was told, the PT did not manipulate the elbow, do Graston/IASTM, ART, or massage. They only went through a protocol of static stretching and corrective exercises. He was also allowed to lift without modifying his workouts besides reducing the weight to limit the strain on his elbow. In essence, the two of them did nothing to undo the years of chronic abuse the tissue took from his strenuous, studly and senseless approach to weight training. While training his biceps, the inflammation created from his repetitive lifts recruited collagen, calcium and laid down scar tissue in the muscles, which made them weak and tight. Trying to train through the tightness created more friction in the tissues, which caused more inflammation, which led to more scarring and more tightness and weakness. The cycle went on every time he ignored the pain, and it continued to manifest even while he rested. At that point, rolling out with a lacrosse ball didn’t help and then he went to a physical therapist rather than a manual therapist. At the first onset of weakness, his body was telling him he should have tried to work on the mobility of the supinator, biceps, brachialis, and brachioradialis. Instead, by deciding to play through the pain, the cumulative injury cycle rolled on, and more scar tissue and myofascial adhesions form, creating more pain and less function. Eventually “a little stiff” becomes “I was diagnosed with a syndrome.”

Figure 1 The cumulative injury cycle: After an injury, the after effects of inflammation are tight and leathery fibers, the more they are forced to move, the friction creates more inflammation, and adds scars to the tissue.

In order to prevent cumulative injury, whether you are in the workplace or at the gym, all you have to do is shake things up. If you sit at a desk, set an hourly timer to remind yourself to get up and stretch your hamstrings and hip flexors before the cumulative injury cycle makes them a problem before you use them. If you are frequent gym goer, vary your exercises by cycling between heavy lifting, and lighter and higher rep exercises. Incorporate HIIT training if you are looking for a challenge. If you are a runner try doing the rowing machine or swimming every once in a while, or do sprint intervals or run on a different terrain. Last but not least, if you are suffering the effects of repetitive trauma, go see somebody about it. Getting an adjustment or myofascial release will reduce the friction between the tissues and joints and also reduce any restrictions that might be hindering correct range of motion, and will get some good blood flow to make the jerky muscle more steak like. Chances are if you have taken a few turns on the cumulative injury cycle, you will need a helping hand to get you on your feet again. 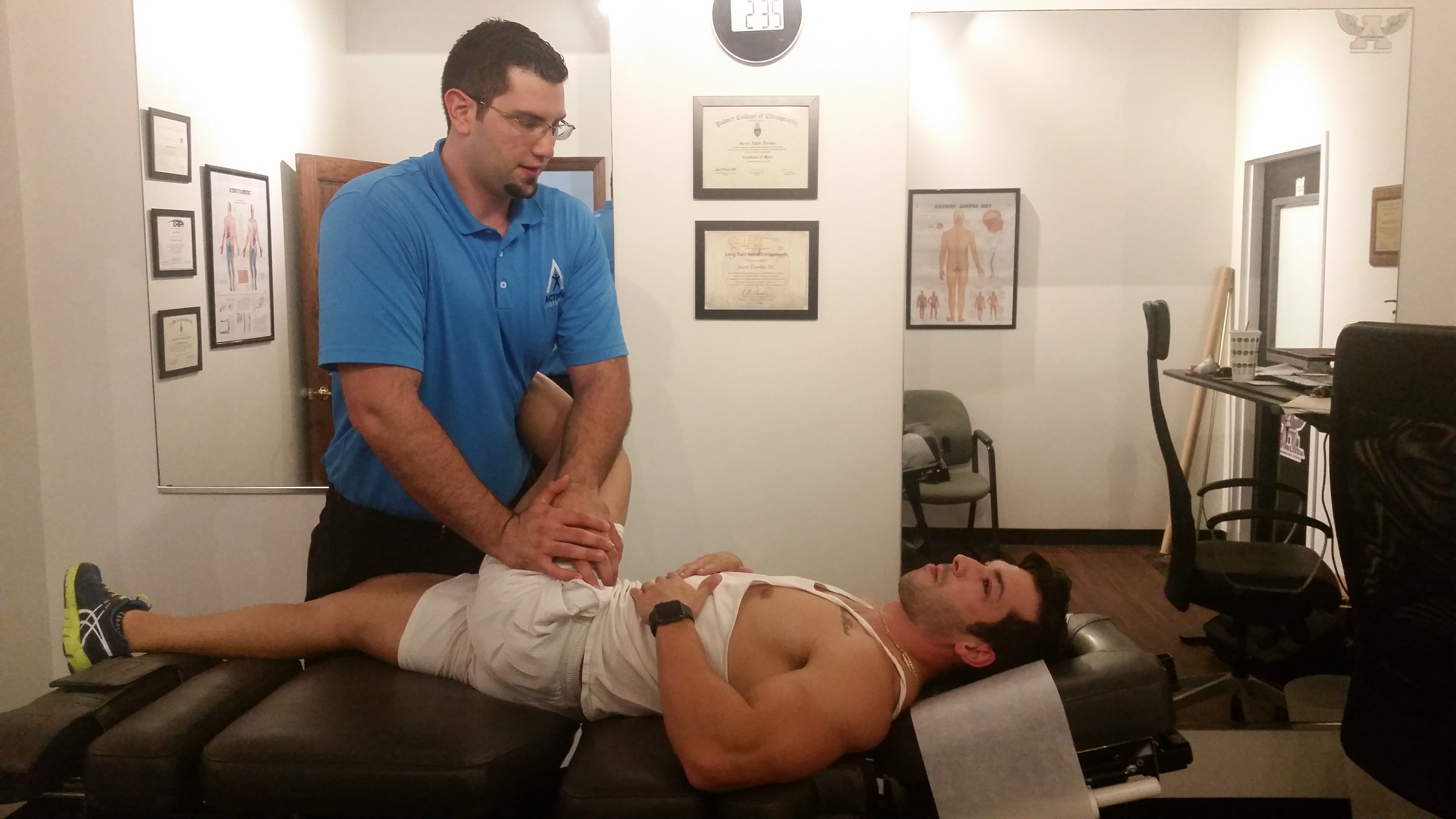 Dr. Jason Durnas is Clinic Director of Action Chiropractic and Sports Injury Centers in Rockford and Naperville, IL. He is full body certified in ART, and works with athletes in the NFL, NHL, NBA, MLB, and MLS as well as competitors in the Crossfit games and minor league and high school athletes. He is dedicated to helping you get back to 100% as fast and effectively as possible.