Imagine you are a surfer bobbing up and down on your board as a wave approaches. In the distance you can see the smooth swell rumbling forward, as it moves toward shore it begins to build and gain speed. Once it has reached a certain height it begins to break. To catch the wave you must anticipate and time the wave’s approach, position yourself and then paddle hard catch the wave and ride it in. Once you are on the wave the hard work is done and you use the waves energy and momentum to coast in.
Health can be seen as a wave that has the potential to carry you a long way on an enjoyable ride or crash over your head and toss you around like a rag doll. All you have to do is plan ahead, position yourself correctly, get on and enjoy the ride!
There is a huge wave coming and fittingly it is the color blue! As a community we can all contribute to its potential energy and all enjoy its benefits as we ride it in. Dr. Allen Weiss CEO and President of NCH would like to see Naples be the next Blue Zone.
Who Created Blue Zones?
The Founder and CEO of Blue Zones is Dan Buettner, an internationally recognized explorer, educator, public speaker and co-producer of an Emmy Award-winning travel documentary. Dan has appeared as a longevity expert on The Oprah Winfrey Show, Good Morning America, The Today Show, ABC World News, CBS’s The Early Show and CNN. He is also New York Times best-selling author of “The Blue Zones: Lessons for Living Longer from the People Who’ve Lived the Longest.”
What is a Blue Zone?
In 2004, Dan Buettner teamed up with National Geographic and the world’s best longevity researchers to identify pockets around the world where people lived measurably better. In these Blue Zones they found that people reach age 100 at rates 10 times greater than in the United States.
There are only five current Blue Zones in the world and one of them is located in the United States. The locations of the Blue Zones are Okinawa, Japan; Sardinia, Italy; Nicoya, Costa Rica; Ikaria, Greece; and Loma Linda, Calif.
After identifying the world’s Blue Zones, Dan and National Geographic took teams of scientists to each location to identify lifestyle characteristics that might explain longevity. They found that the lifestyles of all Blue Zones residents shared nine specific characteristics. They call these characteristics the Power 9.
What are the Power 9?
The Power 9 are shared traits of the world’s longest-lived people.

#1 Their environments promote natural movement without thinking about it:
This is a core principal I teach my patients. Your body and mind for that matter need movement to stay alive and healthy. Sitting 6+ hours a day could make you up to 40% more likely to die according to new studies regardless if you exercise daily! I suggest quality, variable and continuous motion. To break that down, quality movement means moving with proper biomechanics and in natural functional ways that your body is designed for. Include whole body movements that utilize entire kinetic chains in your exercise program. Variable means to use your body in as many ways as possible and in all planes of motion or all directions. This will train you’re the whole muscular system and protect against overuse as well as creat balance and coordination. Lastly, continuous movement means don’t get stuck in one position, especially for more than 20 min, fidget. Lack of movement decreases blood flow to the area which makes tissues fibrotic, stiff and achy. It also leads to musculoskeletal imbalances which can cause movement dysfunction and lead to an injury.

#2 They have a sense of purpose:
Why do you wake up in the morning? Your sense of purpose gives you focus, drive and self-esteem. Having a true sense of purpose is necessary for mental health and without it we can become anxious and depressed. Abraham Maslow, a famous American Psychologist proposed a Hierarchy of Needs which listed esteem as being second from the top level which was self-actualization. Purpose and achievement attributes to self-esteem which could ultimately get you to self-actualization.

#3 They have healthy routines to manage stress:
Exercise decreases stress and if we practice power #1 we should be creating an environment that encourages movement/exercise. However, exercise is not the only way to elevate stress. Spending time with friends, time alone, pastimes and hobbies are all healthy way to reduce stress (#6 might help, but don’t skip). Whatever you chose it should bring you into present time consciousness; a state where you are in the moment, present and calm. We have two neurologic systems that are controlling us at all times; the sympathetic nervous system and the parasympathetic nervous system. Sympathetic has also been named the fight or flight system and helps us deal with stress (healthy and unhealthy stress). The parasympathetic system has been called the rest and digest system and is active during healing and recovery. These are amazingly complicated systems which need to be in balance. When we cannot recover from stress we are stuck in the sympathetic fight or flight system and we will not recover or heal as well. We are also more likely to become sick as well. Don’t stress, rest and digest!

#4 80% Rule: They stop eating when their stomachs are 80% full:
There are stretch receptors in your belly that say, “Hey up there we’re all out of room down here”. The problem is that these receptors along with some hormones take time to react and get that message to your brain. In the mean time you can cram a couple more kale smoothies and quinoa salads down your throat. (yah that’s my problem) Slow down when you eat or set some food aside until your brain catches up.

#5 The majority of their diet is beans, with pork being the main meet and only being eaten five times per month:
Diet is a difficult subject in my opinion because your needs are very different based on your individual body composition and your goals. There are also many differing opinions and camps that suggest high fat, low fat, vegan, raw and everywhere in between. I would highly suggest finding a nutritional coach or resource that is aligned with your goals and has the education to make safe, healthy suggestions.

#6 They drink in moderation and they drink with friends:
I knew those Centurions couldn’t got 100 years without a drink! The key is moderation and even the Mayo clinic has published articles on the benefits of having 1 drink per day. Some of those benefits are a possible reduction in diabetes, stroke and heart disease. Diabetes is a current epidemic costing the US an estimated $245 Billion and heart disease is the leading cause of death in the US. I’ll toast to that.

#7 They have a sense of belonging:
Humans are social creatures and need human interaction and stimulation. A sense of belonging is paramount to well-being, physical and mental health. In a globally connected world you can reach out and belong to any group of likeminded people. I think this presents amazing opportunities to seek out groups that you identify with. I think it is still very important to be connected to your local community and to be contributing to that community in some way.

#8 They put loved ones first: They keep aging parents nearby, are in committed relationships and invest in their children.
Relationships are like bank accounts; you are always making deposits and withdrawals. In my opinion these are the best investments which almost always yield high returns.

#9 The right community: They chose or were born into social circles that promote healthy behaviors.
In the past 4 years Collier County has ranked as 1st, 1st, 4th and now 3rd healthiest county of the 67 counties in Florida, according the Robert Wood Johnson Foundation’s study conducted by the University of Wisconsin. This means that whether you were born in Collier County, chose to live here or were lucky enough to end up here then you could be living in the next Blue Zone!
As a chiropractor I gravitated to a vocation that fosters movement. My purpose is to raise people’s awareness of their individual health as well as the awareness of our health as a community. I live somewhere that allows me to paddle board, ride my bike and walk on the beach daily. I have family and friends who live near and that I can selflessly help when they need assistance and enjoy an occasional drink together. I feel that I am part of a community of likeminded people who are aspiring to live long, happy and healthy lives! Now if I could just eat more beans I just may live to 100!

My practice focuses on how people move and their posture. I see people who are active and want to stay that way. My goal is to get them back to doing what they love as soon as possible and to educate them so they can prevent future injuries. I also focus on treating the soft tissues of the body, including muscles, ligaments, tendons and fascia. I am certified in both ART (Active Release Therapy) and Graston Technique which are the 2 gold standards of soft tissue treatments. I have treated Olympic and Paraolympic Athletes and been a treating physician at the CrossFit Games for the last 2 years. I am Master instructor for RockTape, a brand of kinesiology tape, and travel to educate chiropractors, physical therapists and other allied health professionals on the benefits of RockTape.

Check out www.bluezones.com to read more. 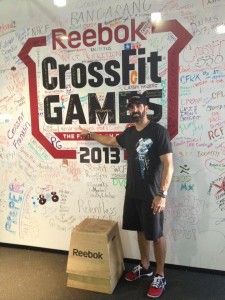 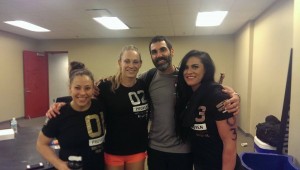 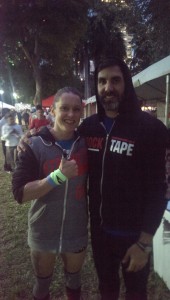 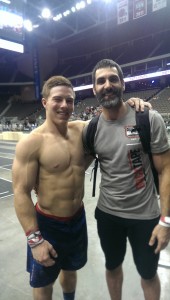 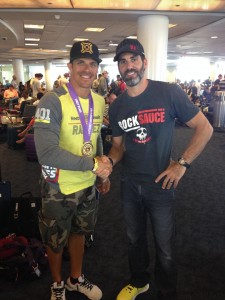 Dr. Danny Porcelli broke his back in the summer of 2006 as he slid down a water slide. He has since dedicated himself to educating and inspiring people to learn more their body and its great potential to perform, adapt, and heal. He attended Parker College of Chiropractic in Dallas Texas where he obtained a Doctorate in Chiropractic Medicine and a B.S. in Health and Wellness. Prior to attending Parker he received a B.S. in Psychology from the University of Central Florida, Orlando. Dr. Porcelli was selected to be a treating physician at the 2010 Central American Games in Bogota Colombia and treated the speed skaters and Para-Olympic Triathletes. He was also selected to be a chiropractor at the 2013 & 2014 CrossFit Games and CrossFit South East Regionals. He has coordinated the Athlete Services for CrossFit events such as Wodapalooza 2014/2015, Thunderdome 2014, and Box Battles 2013/2014. Dr. Danny is the primary chiropractic physician and owner of XOC Chiropractic in Naples, FL as well as a master instructor for RockTape. He combines joint mobilization, soft tissue treatments, corrective exercises and RockTape to obtain fast, effective and lasting results. He holds advanced certifications in soft tissue mobilization techniques such as Active Release Therapy and (ART) Graston Technique.