IT Band Syndrome is a common cause of pain on the outside of the knee and is more commonly seen in runners. The IT Band is a strong, thick band of fibrous tissue with direct proximal attachments to the TFL, Glute Minimus, Glute Medius, and Glute Max. It runs along the lateral quad, and attaches on the lateral side of the tibia. The IT band acts primarily as a stabilizer during running and may become irritated from overuse. In clinical practice, I have found the most common cause of IT Band Syndrome to be faulty running mechanics associated with a lateral chain weakness.

Although the current treatment remedies such as foam rolling, stretching, ice, NSAID’s are helpful in reducing symptoms, they do very little to improve the biomechanical deficiencies that cause the problem. In my previous post, I discussed the importance of glute medius strengthening to improve pelvic alignment http://www.performyourbest.blogspot.com/2010/11/tfl-it-band-syndrome.html. It’s important to understand that long term correction of IT Band Syndrome requires a comprehensive approach. Techniques such as Active Release Technique and Graston are great for relieving symptoms, but in my experience, if faulty running mechanics are not addressed, the symptoms will return as athletes increase their mileage. The biomechanical abnormalities that may lead to IT band problems include excessive pronation of the foot, leg length discrepancy, and pelvic unleveling. Muscle tightness or lack of flexibility in the glutes or quad muscles may increase the risk of IT band injuries. 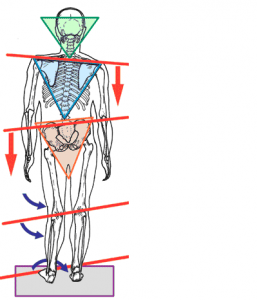 The above depiction of pelvic unleveling reveals compensatory changes to include adduction and internal rotation of the knee and over pronation of the foot. These compensatory changes can be a major contributor to IT Band issues. As a result of the pelvic unleveling on the left, you can see how the IT Band and hip musculature may be over stretched on the right side as they try to stabilize and prevent lateral drift to the right. A comprehensive approach to include pelvic alignment utilizing manipulation or Muscle Energy Technique, Active Release and/or Graston to work the tight overactive tissues, and corrective exercise to address the lateral chain weakness are required for long term correction of the problem.

Practitioner of the Kinesio Taping Method

Level I practitioner of Graston Technique.

Served as the team chiropractor for the Dallas Harlequins Super League Rugby Team, Samsung Wireless Motocross team, PlayTri Triathlon Club and is member of the ART Sports Medicine Team for the Ironman Triathlon. 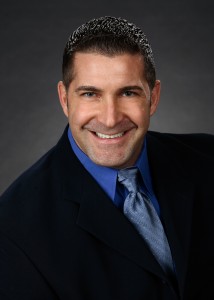 Dr. Hare is the owner of Synergy Sports Rehab. He is licensed by the National Board of Chiropractic Examiners and is a member of the National Strength and Conditioning Association, and the ACA Sports Council. Dr. Hare is a 1999 graduate of Parker College of Chiropractic and has been practicing in the Dallas area for 15 years. He has completed extensive post-graduate training in the field of Sports Injury and Rehabilitation and is a full-body certified ART Elite (Active Release Technique) provider. An Elite provider is the highest level of certification an ART practitioner can obtain. Dr. Hare also holds advanced certifications as a Corrective Exercise Specialist and Performance Enhancement Specialist from the National Academy of Sports Medicine and is a certified strength and conditioning specialist under the National Strength and Conditioning Association. He is also an experienced practitioner of the Kinesio Taping Method, and a Level I practitioner of Graston Technique. Dr. Hare’s primary focus is the evaluation and treatment of CrossFit athletes and post-surgical rehabilitation of the spine, shoulder, hip, and knee. Additionally, he has served as the team chiropractor for the Dallas Harlequins Super League Rugby Team, Samsung Wireless Motocross team, PlayTri Triathlon Club and is member of the ART Sports Medicine Team for the Ironman Triathlon. Dr. Hare’s expertise also extends to players of the NFL, MLB, PGA, WWE Wrestlers, Olympic Track & Field athletes, elite rugby players, Ironman triathletes, marathon runners, cyclists, collegiate baseball, basketball, volleyball, soccer, and football players, professional MMA fighters, and CrossFit athletes. He has also had the opportunity to work with musical groups such as the Eagles, Jimmy Buffet, and Lady GaGa. His knowledge of sports injuries comes from years of competition in pole vaulting, rugby, football, bodybuilding, Brazilian Jiu Jitsu, and CrossFit.